Here is a comment from Mary Riddell in the London Guardian about:”The European Union, 50 this week, [which] has a moral and historical duty to exert diplomatic pressure on Africa’s monstrous leaders” and especially with Mugabe’s tyranny. (You can also find the original text here):

This is a story of war and bunfights. Start with the party thrown by Robert Mugabe to mark his 83rd birthday. Herds of cattle were slaughtered and drums of beer imported for a banquet that filled a football stadium. Outside, the people starved and the morgues filled up. Soon afterwards, Morgan Tsvangirai, the opposition leader, had his skull smashed by the President’s men. In Zimbabwe, the hangover of excess and brutality goes on.

Next Sunday, the leaders of the European Union will gather in Berlin for another celebration, to mark the signing of the Treaty of Rome. Two spectres will haunt the 50th anniversary of a prosperous club. The first is Zimbabwe, the second Darfur. Both languish in the shadow of slaughter and repression, the birth parents of modern Europe.

Africa has changed, too. Today’s version barely resembles the continent whose image dominated the G8 concerts of 2005. Poverty is not history, despite some progress, and nor is tyranny. Some countries grow more vibrant and economically stable, but Africa stands tainted by two monstrous leaders destroying their people as the world looks on.

In Mugabe’s imploded country, bread is rare, torture routine and Tsvangirai’s mangled face a metaphor for a ruined land. In Sudan, General Omar al-Bashir has turned Darfur into a graveyard and presided over what UN investigators last week decried as ‘gross and systematic’ human-rights abuses.

Britain and Europe have promised much to Africa. What, in the face of such outrages, must they do now? Mugabe, the most sinuous of politicians, has played skilfully on Britain’s strident denunciation of his land grabs of 1990. In his version, a narrative bolstered by our right-wing press, only white farmers matter to old colonialists. Many in southern Africa have backed the myth of Mugabe the liberator.

Now, at last, there are murmurs of censure from neighbours including Thabo Mbeki, whose craven complicity up to now may stem from his own resentment over white land ownership in a fragile South Africa. Mugabe’s defiance is undented. ‘Go hang,’ he told the West. In his preference, Tony Blair would be first to swing.

Since condemnation has played into Mugabe’s hands, Europe needs other weapons. Strengthening existing sanctions, such as a travel ban and an assets freeze on key Mugabe underlings is not as feeble as it sounds. Stopping dignitaries from buying their shoes at Gucci and having their varicose veins fixed in Harley Street is often no great blow to the powerful, who can find other options. But outside pressure coupled with the shortening sell-by date of Mugabe’s patronage may make his henchmen question their loyalty to a despot who must know he is close to the end.

Besides tougher sanctions, Margaret Beckett also wants UN human-rights monitors to move into Zimbabwe. But this watchdog, fully committed in Sudan, is in its infancy, while the African Union (AU) is barely three years old. Among such fledglings, the EU at 50 is solidly middle-aged, with the hormonal mood swings to prove it. If it is ever to take a central role in the world, and atone for the meddlesome record of many member states in Africa, now is the time.

A Europe forged from war, atrocity and oppression is ideally placed to help orchestrate the diplomatic pressure that South Africa, Mozambique and Zambia must apply on Zimbabwe. As Tom Cargill of Chatham House says, it should also be lobbying China to act responsibly. Any dialogue between Britain and Zimbabwe has often been conducted at a scream, which has played straight into a dictator’s hands. Some commentators demand, idiotically, that Blair scream louder.

The way forward, instead, lies in the solid diplomacy that has unravelled in the swashbuckling Blair era, as Foreign Office expertise has been parcelled out to the Department for International Development and the Cabinet Office. It is possible to dream of many fates for Mugabe. If hyperinflation does not get him, the grief and rage of the dispossessed may drive his downfall. For now, anno domini still looks the best hope for a country where women are lucky to reach 34 and even a hellish ruler cannot hope for immortality.

Any notion that some silver bullet from the West will finish Mugabe has merely cemented his tenure. But though the Zimbabwe problem is for Africa, Europe has a role to play in applying what pressure it can in Harare and elsewhere on the continent. According to Richard Dowden of the Royal African Society, Mugabe has no bottom line, nor a wish to ‘be part of planet Earth’.

By contrast, Sudan’s General Bashir, though vile and murderous, has a proven track record of buckling under threat. Europe, shamefully, has applied none throughout a government-sponsored war of attrition in Darfur. Four million citizens rely on aid. Collectors sent out for firewood are mainly female, because men get murdered while women may just get raped. And yet not a single useful EU sanction exists. If Bashir’s top brass want to buy their diamonds in the Rue St Honore, as a break from strafing villages, they may do so with impunity.

Clearly, Europe cannot do everything to save Darfur. That does not entitle it to do nothing. It should urgently, and as a minimum, impose travel bans, freeze murderers’ assets and help stifle funding for militias. Instead, foreign ministers have formally expressed concern on 53 occasions, which means that more than 200,000 people have each taken to their graves a micro-sliver of an EU regret. Some punishment. Behind the scenes, Bob Geldof is busy again, helping devise events to kickstart anger and force political action in Europe from this month onwards. Even his critics should be glad, as the death toll rises, that someone has a sense of urgency.

Obviously, the UN has a vital role in Africa, but Europe can act without fear that Russia or China will flout its collective will. It can, and should, look far ahead, partnering the new breed of African leader and helping to train the AU troops that will be needed to keep the peace in countries ripped asunder by the old sort in the decades to come. When the EU’s feeble foreign ministers meet in April, they had better have something positive to propose on both Zimbabwe and Darfur.

The revellers at Europe’s 50th birthday party should remember how it all began. More than half a century since the Holocaust, the first rule of deferred horror still applies. During times of extermination and oppression, the eyes of the world stay dry and blind. But countries uncoupled from the precepts of humanity and the rule of law cannot be left unchallenged as their citizens suffer and die. Europeans, of all people, should know that. 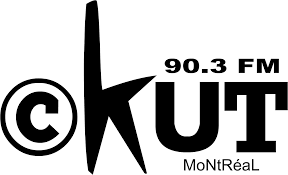